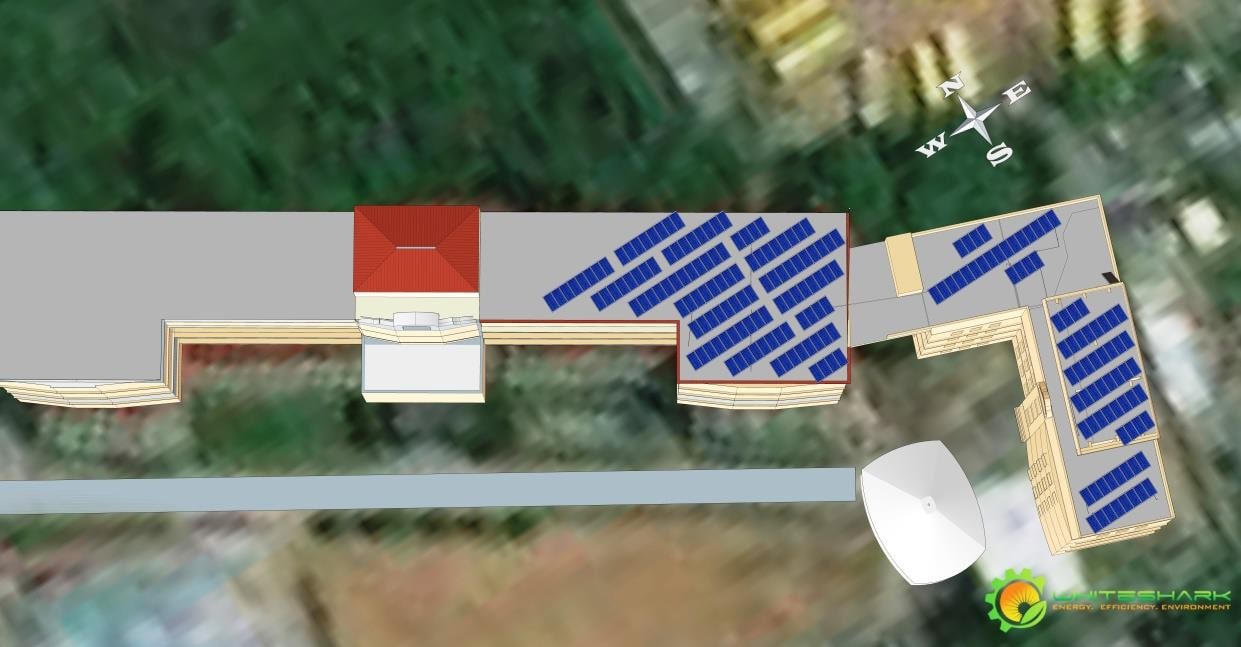 Venkateswar English medium school is based out of Chandrasekharpur Bhubaneswar and is one of the oldest and reputed English Medium Schools in Odisha. They have multiple branches across Odisha, with CSPur being their main branch school.

Located near the IT park of Odisha, Infocity, the school boasts of Air-conditioned classrooms, Hi-Tech labs and state of the art infrastructure for its students. The school also has a hostel building within the campus with more than 100 student’s accommodation.

Through the years, VEMS, CSPur had been paying high electricity bills for them school facilities. They wished to cut down their cost through solarization of the building and contributing as well towards a greener environment – a positive message to the community.

VEMS has a contract demand with CESU of 70KW. It has its own transformer of 100 KVA and average electricity units consumed per month is approximately 7,000 units, with around Rs. 50,000 of monthly billing.

A 70 kWp solar power plant was to be installed on two building roof tops, the main building as well as the then under construction new building. The system will be 10% overloaded on the DC side.

This proposed system will ensure that a 100% of the school’s energy requirement is met using renewable source of energy, thus making VEMS the 1st ever school in Odisha to be 100% clean energy driven.

Electricity generation from the solar plant was estimated to be approximately 1,02,000 Units (kWh) per annum. Considering the then existing electricity tariff of approximately Rs. 5.70 per unit, annual energy savings is more than Rs 5.8 Lakh per annum.

Assuming 4% escalation per annum in electricity tariff, payback of the system would be approximately 5.7 years.

The rooftop layout of solar panels was to be done at two levels and also aligned towards true south. WhiteShark shared the design and SLD beforehand with VEMS for approval from their technical team. Post generation analysis using PVsyst where we arrived at a PR of 80% plus, the below layout was confirmed. 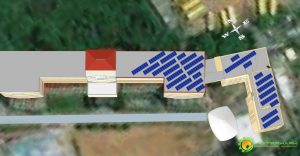 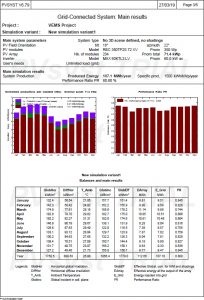 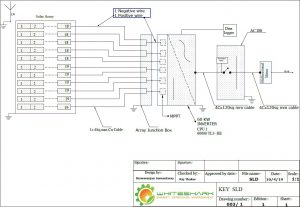 Imported European Module Maker “REC” was selected as the PV module maker of choice. They provided solar panels with half cut cells in polycrystalline technology of 350Wp. Inverter was selected to be the high-end MAX series model of Growatt Inverters with multiple MPPT technology. Considering Odisha as a cyclonic coastal region, we had considered high resistant Hot dip GI structure. Rest of the material details are provided in the table below. 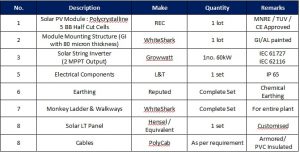 The real advantage of a solar power plant lies in its longevity and robustness. The panels are warranted for a period of 25 years.

The school management was extremely co-operative throughout the execution cycle. Be it providing access to the roof or timely payments; they encouraged WhiteShark to complete all steps within budget and in time.

Although there were challenges faced due to rain for which the rooftop grading was delayed by a few months and COVID -19 which stuck early 2020. The team managed each of these difficulties to get the plant charged.

Post the design approval, structure was put into fabrication and order for solar modules were released to the manufacturer. In parallel, the team started site clearance and taking final measurements to ensure no gaps would be there between installation and design.

Once the module mounting structure arrived on site, the first team was deployed to install the GI structures and prepare the civil foundation. The foundation bolt was installed to provide robustness to the modules as well as ensure that no water seepage is present through the roofs. Gel sealants were also used to ensure water resistance.

While the foundation and structure installation work were nearing completion, the solar modules arrived post clearance from Chennai dock. Immediately another parallel team was deployed to start installing modules using new age solar clamps. These clamps ensure that the modules are firmly affixed to the structure, but also enable quick uninstallation during cyclone prepared ness measures.

Also, DC cables were laid out connecting each of these modules through a junction box to the DC DB. All protective equipment such as SPD and MCB were installed for maximum protection. 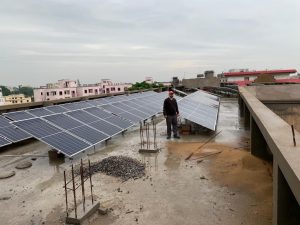 Inverter supply got delayed due to COVID restrictions and we had to wait a few weeks extra before AC side work could start. So the team utilised the time by installing the other equipments such as lighting arrestor, Earthing even dressing of the system using cable ties and ferrules. , But once Inverter arrived, it took only 1 week to install the inverter, lay out AC cable, then install the ACDB and get the site ready for charging.

As the side was net metered through 415V LT side. Right at the beginning of the project, WhiteShark had initiated net metering application procedure with the local DISCOM, TPCODL. There are effectively four steps for net metering

namely: feasibility, permission, approval and charging. As the plant was more than 50kW as per OERC guidelines, approval from Chief Electrical Engineer (CEIG) was also required. All these procedures were perfectly managed by the team at WhiteShark and all necessary approvals were taken for commissioning.

Finally on the 8th of Sep 2020, a 70kW On-Grid solar power plant at VEMS was charged by the DISCOM team. A net meter and a generation meter were installed on premise and was secured by TPCODL officials. The local JE, SDO and the MRT team were in attendance. A small puja and function were arranged during the charging and in presence of the Director and Secretary of the school, the plant was charged. 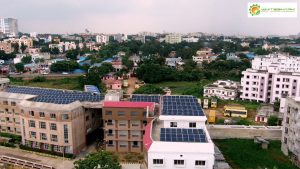 Even during the last cyclone Amphan, WhiteShark’s team was on the roof in the rains, disassembling the solar modules for safe and secure storage during the cyclone. The same team re-installed the solar modules post the cyclone and the plant started power generation just as before without a single rupee damage or extra expenditure. 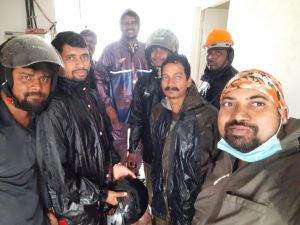 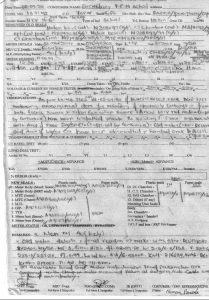 Through VEMS right timed decision and robust installation work by WhiteShark, VEMS has reduced their electricity bill from Rs. 50,000 per month to Rs. 7,000 per month as per below analysis.

WhiteShark specializes in delivering savings to all its clients, and similar on-grid systems can be evaluated on your rooftop to gain maximum benefits and bettering the environment we live in, just like VEMS. 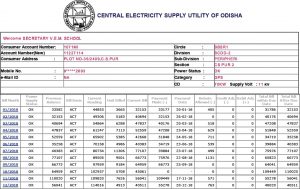 Please watch this short video for a detailed overview of the VEMS solar plant:

FOR MORE DETAILS, CONNECT WITH US: