A guide about New solar subsidy process for Odisha 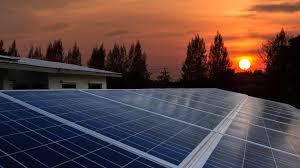 A guide about New solar subsidy process for Odisha

When it comes to the fastest developing solar power industry worldwide, the one name that comes to the mind is India. There is the availability of plenty amount of sunlight all around the year because of the geographical location of the country. According to many surveys and reports, approximately 5 thousand trillion kWh of energy is witnessed by India every year. The government has introduced various schemes for making use of solar energy for different applications. The government is also working for making solar energy the main source of energy.  One such scheme is the rooftop solar set up and solar subsidy in Odisha.

Highlights about the rooftop solar program and solar subsidy in Odisha

The Chief Minister of Odisha recently launched a Rooftop Solar Programme that has been specially introduced for individual consumers. This scheme is all about paying a subsidy of 30 percent to the individual who installs the solar system at their rooftop of the home. Let’s learn more about this scheme in Odisha:

What is net metering all about?

In general, net metering is a procedure in which the electricity board is utilized. This board is mainly used for keeping track of the energy that is being generated or consumed by a solar powerhouse. Net metering also allows the people for feeding the extra solar power to the power grid of the state. If you are living in a state where net metering policy has been adopted then you will get credited for the electricity that you’re giving to the grid.

This was all about net metering, now let’s find out about the application process for this scheme:

The application process for the scheme

The interested people of this rooftop solar panel installation for subsidy need to follow these steps for application:

Know about the process of Gross Metering

When it comes to the gross metering process, the generator will pay for the energy that is used in a billing month. This is applicable as per the retail supply tariff that is decided by APERC.

Installation of a solar rooftop system and availing subsidy is profitable for both consumers and the government. WhiteShark Energy is considered as a reliable solar EPC companies Odisha. You can contact them in order to get full details about the solar rooftop systems installation. Also, you can gather more information about solar subsidies from their team.