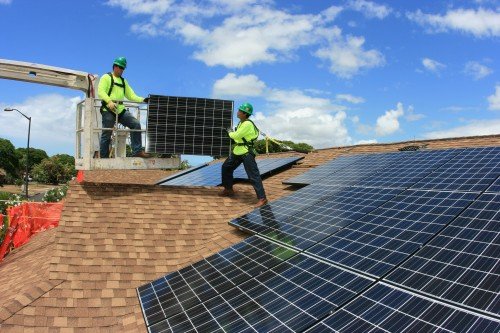 Indian solar energy era has started since the last decade. But we can’t find concrete solar solutions for our residential or domestic consumers to date. India has an ambitious target of installing 175 G W of renewable energy capacity by 2022.Of the targeted capacity, 100 G W was earmarked for solar with 60 G W set for utility scale and 40 G W for roof top solar.But so far, only 2 G W OF rooftop solar has been installed as of first quarter of 2018 itself.

Most of the consumers are either hesitated to go solar or lack of solar awareness among Indian people yet. The basic criteria criteria which defines the choice for solar shift is it’s pricing and subsidies.

If we check out the figures for residential solar energy installations, then it is of down scaling nature. India is in the sunny regions of the world with most parts of the country receiving 4-7wh (kilowatt-hour) of solar radiation per square meter per day 250-300 sunny days in a year. Rajasthan receives the highest annual solar radiation and North-eastern parts of the country receive the least.

Despite all these positive factors rooftop solar is not witnessing the kind of installations satisfying the demand for its utility segment. Most rooftop installations are originating from government, commercial and industrial sectors. Residential rooftop market is almost negligible. Apart from policy paralysis and sluggish growth models, another major concern for rooftop solar is proper channels of financing the projects which is creating hurdles for consumers to set up solar energy systems very confidently.

High upfront costs of rooftop solar system are big deterrents in a country in which the per-capita income hovers at around -$1,700 annually. Second issue is ongoing delays in disbursement are further affecting the rooftop solar installations in the country.

But as always there is a silver lining to every dark cloud. Solar Energy Corporation Of India (SECI) and all state nodal agencies are directly disbursing the subsidies to the consumers and cutting the barriers. When it comes to taxes imposed on solar energy system, it is a point to worry about because as solar output attracts 5 percent of GST, input costs have different GST rates, and comes around a total of 17-18 percent range.

For small installers like in the range of 5-10 k W, banks are not willing to extend financing as a result of which the project gets halt thus delaying the timeline scheduled. And banks don’t even include solar roof top in the home loans category, thus it attracts high commercial interest rates.

This platter of difficulties which is faced for solar rooftop installations in India is to be mitigated soon by inculcating new ideas to counter these problems and increase the solar rooftop quota by 2022. The market also needs to innovate when it comes to financial parameters that are customized for the Indian market conditions.

If India is adamant to achieve it’s ambitious target by 2022, then new methodology has to be made functional for easing policy norms and existing financial constraints.