Get Prepared for Storm Season with Solar & Solar Storage Devices 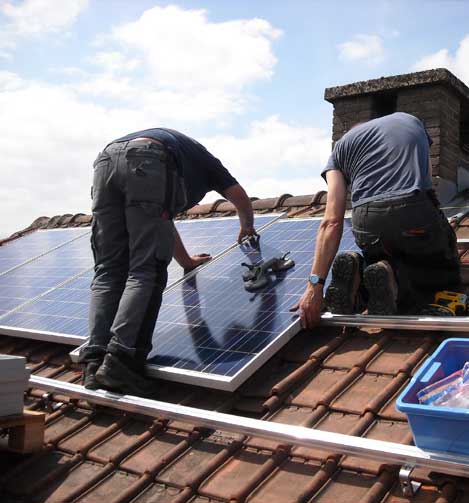 Get Prepared for Storm Season with Solar & Solar Storage Devices

Nobody can’t stop what’s coming but certainly can remain prepared for it because of living in storm prone regions! When you pair a home solar system with backup solar storage devices, you are able to store excess electricity from the sun which gives you more independence from the grid. The solar energy you store in a fully charged battery can be used to power your essential appliances if the power goes out or when the local utility companies shut off access. Additionally, you’ll also be saving money on your electric bill.

During storms, the backup solar storage battery system acts as your energy reserve, offering much needed peace of mind. And solar storage devices can offer additional benefits by reducing the amount of power you draw from the grid when utility rates are at their highest.

How Much Solar Energy Power can be Generated on a Cloudy Day?

When clouds gather, the sky goes completely dark. A solar homeowner at that time naturally wonders how much energy my home solar system can generate at this situation. As we are fully aware that solar panels and solar PV modules need sunlight to produce renewable energy, it’s imperative to learn how cloudy conditions can affect the overall efficiency of solar energy generation and how factors such as partial shade can impact the solar system power output.

Fortunately, WhiteShark Energy supplies solar panels and PV modules with a record-breaking efficiency that use cells with a unique one-of-its-kind design to capture a broader range of the sun’s light including red and blue wavelengths. They preserve more energy compared to conventional solar panels on a cloudy day, making them a good choice for cloudy climates or if trees partially shade your roof during certain times of day.

Solar PV panels work by converting sunlight to direct current and then solar storage devices turns that into alternating current which is the type of power most houses run on. If it’s so sunny that your solar system produces far more electricity than you need, that AC power then goes back to the grid to be used by the utility which in many areas offers the homeowners a credit via net metering.

The bottom line is that a cloudy day shouldn’t darken anyone’s view toward considering switching to solar power.

For more knowledge, give WhiteShark Energy a call right away!