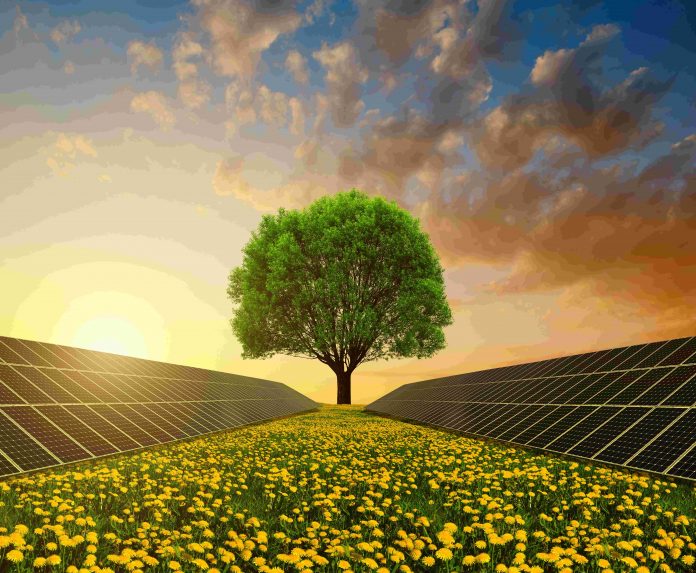 Conventional solar cells have two main drawbacks:
Efficiencies and their expensive manufacturing cost. The first drawback, inefficiency, is almost unavoidable with silicon cells. To overcome this, crucially new groundbreaking methods are in the forefront.

A team of scientists from the University of Exeter have developed a new technology to harness solar energy more efficiently. The technique involves ‘funneling’ of sunlight directly on to the power cells like solar panels or batteries with least wastage. This is said to enhance the efficiency of solar panels thrice than the normal capability of traditional systems.The researchers believe their breakthrough could result in solar panels, no bigger than a book, producing enough energy to power a family-sized house.

Adolfo De Sanctis, lead author of the paper and from the University of Exeter said: “The idea is similar to pouring a liquid into a container, as we all know it is much more efficient if we use a funnel. However, such charge funnels cannot be realised with conventional semiconductors and only the recent discovery of atomically thin materials has enabled this discovery.”

In the research, the team of physics experts developed how to ‘funnel’ electrical charge onto a chip. Using the atomically thin semiconductor hafnium disulphide (HfS2), which is oxidized with a high-intensity UV laser, the team were able to engineer an electric field that funnels electrical charges to a specific area of the chip, where they can be more easily extracted.

While current solar cells are able to convert into electricity around 20 per cent of the energy received from the Sun, the new technique has the potential to convert around 60 per cent of it by funneling the energy more efficiently.

Today’s solar cells are simply not enough efficient and are too expensive to manufacture for large-scale electricity generation. However, potential advancements in nanotechnology may open the door to the production of cheaper and slightly more efficient solar cells. Nanotechnology has already shown huge breakthrough in the solar field. Nano technology boosts solar cells performance.

Current solar cells cannot convert all the incoming light into usable energy because some of the light can escape back out of the cell into the air. Additionally, sunlight comes in a variety of colors and the cell might be more efficient at converting bluish light while being less efficient at converting reddish light. See in Figure 1. Lower energy light passes through the cell unused. Higher energy light does excite electrons to the conduction band, but any energy beyond the band gap energy is lost as heat. If these excited electrons aren’t captured and redirected, they will spontaneously recombine with the created holes, and the energy will be lost as heat or light.

Summing up these all technology know hows in solar cells technology could bridge the gap between efficiency of conventional energy sources and solar energy scopes.