Understanding the concept of Solar net and Gross metering policy 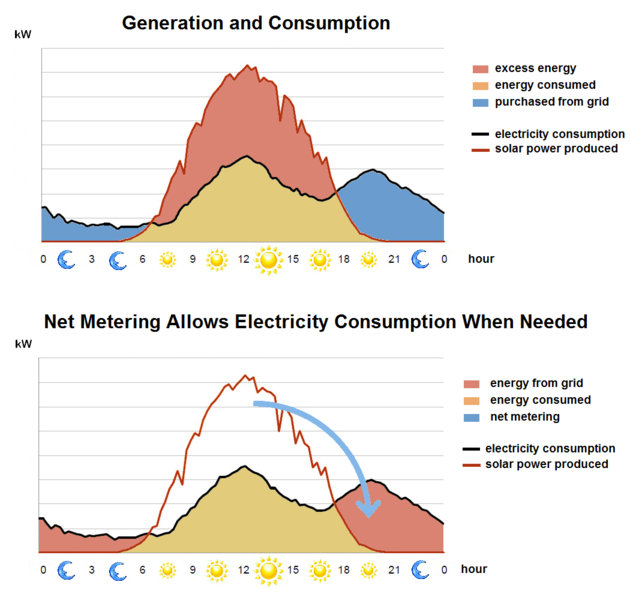 Understanding the concept of Solar net and Gross metering policy

Many of us must have heard about Solar net and Gross metering policy when it comes to the rooftop solar system. Net metering is all about adjusting what has been fed into the grid and what you take from the grid. In gross metering, the consumers are paid a feed-in tariff for the electricity that has been exported to the grid. Let’s learn more about these concepts to get a clear understanding of it.

There can be 2 possibilities that can come under net metering. Let’s have a look at these in brief with an example:

In Gross metering: Whatever the return will be, it will be from solar energy and will be is fixed for 25 years. The generated energy will be exported for this duration of years 25. The cost of electricity that the consumer will intake from BESCOM will increase on a yearly basis.

In a nutshell, it can be said that in terms of long term benefits, easy installation and financials, net metering is comparatively better.

Do you want to know more about net metering and gross metering? Are you interested in the installation of a rooftop solar system? If yes then you must get connected with WhiteShark Energy for availing more information. Here, you will get to know all the details from the experts.